Hotels and Mobile Apps: The New Way to Delight Guests 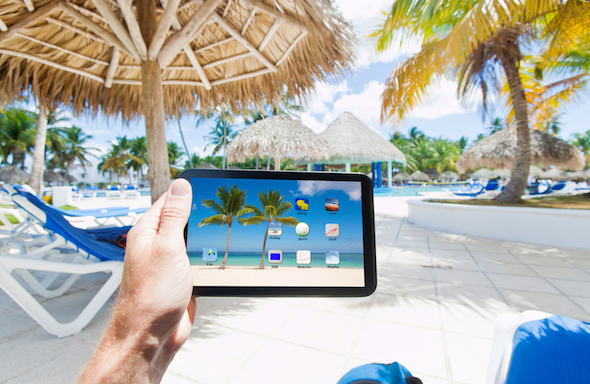 Many small hotels are using apps in order to streamline their administrative tasks, save time and even cut costs.

But apps have another purpose – as evidenced by the fact that more hotels are beginning to use apps as a simple way to impress their guests.

Let’s take a closer look at the mobile app trend.

Where did the trend come from?

In many respects, the mobile app revolution began before the first McIntosh computer was ever released.

Steve Jobs pictured a database of software programs, that people could shop for as if they were in a record store. This first vision occurred nearly 25 years prior to the development and release of the iPhone, and subsequently the App Store.

Of course, the first apps were those fun and simple games that could be downloaded onto calculators or the Nokia cell phones that everyone had in the late 1990s and early 2000s.

Slowly but surely, apps crept into our lives and became a powerful force in the personal realm and the professional sphere.

Hotels that are taking the trend seriously

Hotels, both large and small, have noted that mobile technology is changing the way that the travel industry operates.

An increasing number of people book their reservations on mobile devices each year, and mobile apps are becoming an expectation of many guests.

Here’s a few examples of hotels who are taking the mobile app trend seriously:

Early check-in with the Ritz-Carlton

When guests download this app, they can check in on their own time from their personal mobile device. This expedites the check-in process and immediately gives them an initial positive experience with the brand.

Travel guides with the Bulgari in London

The Bulgari in London has created a personal guide that can be discovered on their mobile app, which gives guests tips and tricks to navigating the city.

Exclusive deals with The Thompson

The Thompson hotel app provides users with exclusive deals and discounts that can’t be found anywhere else. Push notifications bring those deals to the forefront of their mind, and they can book directly through the app in order to take advantage of the deals.

Apps that hoteliers should consider

These are a few apps you might want to begin using at your small hotel:

And another app you can use…

Little Hotelier customers should take this opportunity to head over to the App Store to check out our brand new app, which can revolutionize the way you conduct your business from a mobile device.

Or if you haven’t signed up for Little Hotelier yet, start your free trial today and discover what you have been missing!

Get new posts sent straight to your inbox!

Join thousands of small accommodation providers who subscribe to our weekly blogs.