The Pokemon Go Hotel Trend: Is it Right for Your B&B? 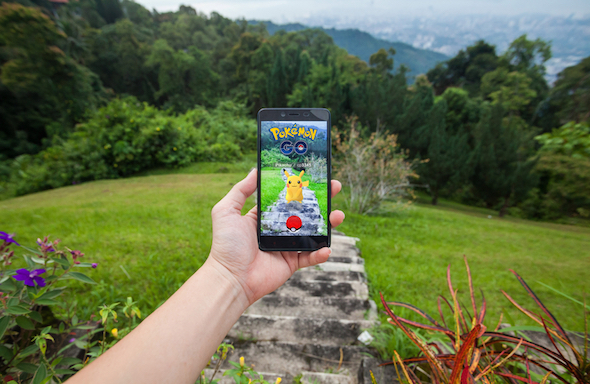 If you’ve seen people aimlessly walking around town completely immersed in their phones, your first impression may be that they are just another group of device-addicted people who can’t put their phones down for even a minute.

However, it’s more likely that these people are playing the innovative and incredibly popular game called Pokemon Go.

Released this summer in the U.S., Australia and New Zealand, it became an instant success and has captured the hearts, minds and attention of users of all ages.

Now, it’s available in 33 more countries and businesses in all industries are looking at how they can capitalize on this trend. Is your B&B the right Pokemon Go destination? Find out now!

First, figure out what Pokemon Go is all about

Pokemon Go is a free game that is available on mobile devices, including smartphones and tablets.

The goal of the game is similar to that of the original Pokemon game — catch all 151 species of Pokemon, evolve them and train them for battle.

What makes Pokemon Go different is the fact that it requires users to physically search for Pokemon.

As opposed to the hundreds upon thousands of other video games on the market, this is the one game that encourages people to get out, go for a walk, explore new places and meet new neighbors, all while trying to catch ’em all!

The game uses the phone’s GPS and camera to distort reality and make users feel like the Pokemon are appearing right before their eyes. It’s not only fun and addicting, but it’s quickly become a powerful marketing tool for small hotels.

Discover what it’s done to the travel industry

For a game that was released only a few months ago, Pokemon Go has quickly made its mark on the travel industry.

In a recent Hotels.com survey of more than 500 Millennials, about 79% plan to play Pokemon Go while traveling and 48% may choose a new destination based on the game itself.

This should give hoteliers pause, particularly if your small hotel is hoping to attract Millennials. Clearly, Pokemon Go is one way to do just that.

TripAdvisor and Yelp have even changed and adapted based on the game. Both of these popular online review sites have added Pokemon Go filters, allowing users to search for restaurants, hotels and attractions with PokeStops and Pokemon nearby.

This means that if your small hotel is located next door to the local PokeGym or PokeStop, you’re going to see a significant increase in foot traffic — possibly from travelers who are looking for new places to play their favorite mobile game.

Ideas for incorporating Pokemon Go into your B&B

Here’s a few ways that you can transform your B&B into a Pokemon Go hot spot:

Pokemon Go is a universally appealing game. First, it took hold of the young adult generation — the millennials who grew up playing Pokemon on their Gameboy devices more than a decade ago, and the young teens and tweens who love anything to do with smart phones and tablets today.

Then, families quickly realized that it was a fun way to get outside and play together, bonding over something that everyone enjoys. Even adults have joined in on the fun!

If you feel that your B&B attracts any of these travel segments, then becoming a Pokemon Go destination could be beneficial for you.

Get new posts sent straight to your inbox!

Join thousands of small accommodation providers who subscribe to our weekly blogs.